Is it a good idea to kiss him on the first date?

My answer is I don’t really care. What i really mean is that it doesn’t really matter if you kissed him or not. What matters is what you think about the fact that you kissed on the first date.

The problem is that most women think way too much if a man kisses them on the first date.

Usually women think –  ‘oh, he must really like me…’ Well, actually, that doesn’t really mean that.

You can’t blame a man for thinking that you are attractive, sexy, intelligent and therefor tries to kiss you. That doesn’t mean that you are his type. That doesn’t mean he will want to keep dating you or have a serious relationship with you. It only means that he kissed you because probably he sensed he has a chance to do so and that you won’t say no to his kiss.

Good point to remember is that it doesn’t mean much, rather than the fact that he felt he can.

If you like him, avoid the kiss on the first date

Clear messages, in general, are not a bad idea.

His intention, however, at this point, Are not very clear to you, so, letting him kiss you at the first date actually means you wouldn’t be able to know for sure what does he really want…

Let me make it crystal clear for you. Think for a moment that you’re a man, and you meet a nice beautiful sexy intelligent woman. She is not your type, but you like her. She’s okay, and you sense that she likes you even more, so you decide to kiss her, not because you are so much into her, but simply because you feel it is possible . You sense that she wants it too. Maybe because she is hinting that it is possible, and so she lets you kiss her. Now, as a man, what do you think will be the next move?

You had a nice evening with her and you were kissing so even though she’s not your type, will you be calling again? Well, there is more than 50% for a YES. Why? Because you think that if you already kissed there’s a good chance you’ll be going to the next level on the second date so you might be calling her, asking her on another date.

Again, this might be not because you like her so much, but simply because you think you have a good chance to accelerate rather fast into sex.

Back to the women sit

So now let’s go back to being the woman again and now please think if he calls again after the first date, in which you have kissed ,could you say, for sure, That this man has the best serious intentions regarding you?!

Off course not. You can’t. This is why, if anything, I recommend not kissing on the first date. it defiantly lowers the interest of men who aren’t as interested in you as a potential serious girlfriend.

Written by Sharon Rubinstein. all rights are preserved to Sharon Rubinstein.Please ask for permission before copying part of the post or all of it. You may, however, share the page in full without asking as long as credits are visible to all readers.

3 reasons why you don't want to meet him half-way 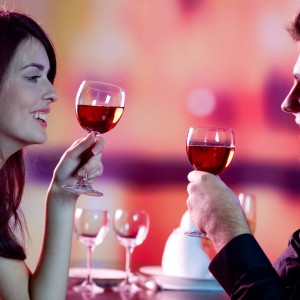 3 reasons why you don't want to meet him half-way

Yes, we do live in modern times. But I still tell you that you definitely want him to come to pick you up or at least come...