You went out a few times and suddenly he’s gone

It happened to you as well…

You went out a few times,
perhaps you’ve already slept together,
woke up together, even drank your morning coffee together,
more than once, and suddenly he’s gone. Vanished.
Just doesn’t call anymore.

Your friend Lisa says, “Just call him, what’s your deal…”
So you agree, why not, it is not the 50th right? You can call a man…
First time you called, he was in a meeting,
when you called again, he was just ice cold and distant.
You asked, “What happened?” and he said,-
“Nothing, did something have to happen?!”

Listen! You can initiate too…

During the evening he screens your calls
and if he bothers to pick up the phone he
attacks you when you ask how come he doesn’t call by saying –
“Why don’t YOU ever call, I feel like it’s one-sided.”
“Hmm…” you think, maybe Lisa was right, You feel guilty
and so in the following days you start pursuing him,
giving him full attention. But in your heart you feel
and know that IT IS flattering for a man that a woman pursues him,
but that’s NOT what makes him want her or not.
In fact, when a man feels interested and attracted to
a woman he barely cares about who called who.
If she calls once a day and he calls four times it is Fine.
Squaring becomes more frequent once the interest
and attraction between the couple decreases.

So what happened? Why is he running away?
Why did he disappear? Maybe he just needs time?
Maybe he just needs to “get into his manly cave”?
Maybe it’s best to just let him be for the moment?
The questions are killing you. It was all sooo good,
you felt like it was working between you guys,
you liked him very much, and yes,
you felt that it was mutual,
so what did you do to make him change his mind?!
You’re sure it has something to do with you,
something you did, or maybe something you told him?

Perhaps he has this “veil anxiety”?

“I think I might have scared him off” you tell Mark,
the hairdresser who does your hair.
“I thought after three weeks it would be alright
to make it clear that I’m looking for a serious relationship
that would lead to a wedding…” you tell Suzan, your loyal manicurist
who knows about pretty much every guy you dated over the past three years.

“I don’t understand. He’s 35 years old,
when does he intend to settle down?!

At least he could have told me that he wasn’t aiming for that,
at least he would have talked to me and not just vanish…
it’s totally undignified! It’s insulting!” you weep
to your mother (because SHE still doesn’t screen your calls,
even when it’s the fifth time you’ve babbled to her about this matter).

while in the HMO, as you wait for your family doctor,
you meet Mandy, after twenty minutes of waiting and talking
to her you don’t feel like you really need that
sickness note for three days anymore.
That’s it, they’re just like that,
all men are! and you start to realize it.

It happened to Mandy as well, less than a week ago,
he disappeared on her. He’s 29 years old, she’s 27.
They dated for a month and a half, the sex was great,
but over the last two weeks they got together less and that’s it.
“Radio silent”. She called him twice, he didn’t answer.

Yes, yes, she was screened too.

“tell me Mandy, did you guys ever have a ‘where is this heading?’ talk?”
you asked your new partner in search for the missing variable.
“No, it didn’t come up.” Mandy replies.
In that moment your stress theory has burst.
Men just disappear. It doesn’t even have to do with “veil anxiety”.

The biggest lie people sell themselves.

Perhaps he needs some time? Maybe.
It’s okay to take a distance for a few days as long
as you realize that that’s what it is, it doesn’t create
a feeling of disappearance.
So maybe he disappeared simply because he’s stressed that
the relationship became serious?

No. I need to tell you right now that
that’s the biggest lie people sell themselves.
Both women and men do it. Seriousness never got
anyone to walk up and leave. Lack of attraction, though, did.
Lack of attraction, whether if it’s regarding an outer appearance
or regarding a behavior and personality, is the real reason.

You just don’t turn him on.

Maybe you’re not his type as far as outer appearance goes.
Let me introduce to you one of the terms
that most women can’t and Won’t acknowledge –
“ongoing one night stand” – what I mean by that is that
the women is visually attractive enough in the eyes of the man,
but only for a few nights and not enough for
a long-term relationship. It is sad. But true.

Another possible reason is that you ARE his type as
far as outer appearance, but you’re not attractive as far
as you’re character goes (for instance, a needy character, a lecturer etc.),
your behavior, the style of woman who he believes suits him is not you.

So, he WILL enjoy your charming looks,
enjoy your interest in him and your desire to be with him,
BUT it doesn’t matter if you look like Angelina Jolie,
or any other hot babe you can think of right now,
if you’re not attractive as far as the other components go,
he’ll get tired of you quickly, even if you have the most perfect
behind and waist you can imagine.

So why would men make what should be only a “one night stand”
an “ongoing-few-weeks-or-months-relationship”?
why would a man extend something that isn’t right to begin with?

Generally, when a man conquers a woman who
doesn’t really knock his socks off
he tends to move on rather quickly,
the temporary relationship with her is like a pause for him.
Women also might want to rest on the island of “temporary relationship.”
Yes! We women do it too. We need to feel something,
even if we know there are very slim chances for it to develop.
Remember that HOT,gorgeous boyfriend you saw your friend with last month?
He vanished just as he appeared and when you asked her,
“what happened?” she indifferently answers,
“forget it, it wasn’t serious…” “But you said he’s really cute.
What changed?” you ask curiously and she answers in the same indifference,
“because he really was cute… but it just wasn’t it,
it wasn’t what I needed… as far as communication goes,
I don’t know, it just wasn’t it…” and you insist with her,
“but you were only together for a little over a month!”
“Yeah, well, you know how it is… I didn’t have anyone for a long time,
the sex was good, overall he was a great guy,
it’s a bit awkward how I just disappeared on him…”

The truth is men disappear no less than woman.

Women also screen calls (and quite a few times),
women also disappear.
But why? The desire is not to have to deal with it.
Not talking about it. Not explaining.
Not hearing him convincing you for another shot…
Not having a breakup conversation.

we can simply call it – “a one-sided disconnection.”

Can you do something about it?

Actually yes. You CAN.
When it comes to men and attraction you can do plenty.

Do you remember the last time you disappear on a guy?
I mean, you DID like him.
So why? You went out with him for two and a half months,
slept with him in every possible place in the city,
took pictures with him at every club that has a photographer
and in the end you started cancelling dates, disappearing,
screening and not answering the phone, why?
Because you didn’t feel like it was IT anymore,
because it was hard telling him he truth,
and the truth was basically that you just
didn’t find him attractive anymore. That’s all.

And here’s the most important point.

It’s a matter of attraction. Something didn’t work there.
So it’s true, we can tell ourselves- OK, sometimes it works
and sometimes it doesn’t,
I just have to wait and hope for the time that
it will work and then it might grows to a big love,
Yes, that’s one option. But maybe… there’s something beyond hoping?

Maybe there’s something you CAN know?

Maybe you just need some tools so that next time
it won’t happen to you when you meet this really cool guy?
Maybe it already happened too many time for you to stop telling yourself –
“It’s only a matter of luck”?
Maybe it’s time for you to consider reading my book,
enriching you knowledge, strengthening your understanding of communication
with men and bring yourself to a place of true attractive abilities?

Written by Sharon Rubinstein. all rights are preserved to Sharon Rubinstein.Please ask for permission before copying part of the post or all of it. You may, however, share the page in full without asking as long as credits are visible to all readers.

Third date or cut the cord? 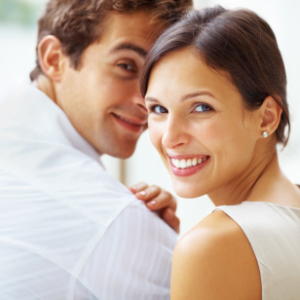 3 Amazon Women Behaviors That Repel Men / Sharon Rubinstein I would like to talk to you today about three Amazon women...